Timeline of Cannabis History in Massachusetts 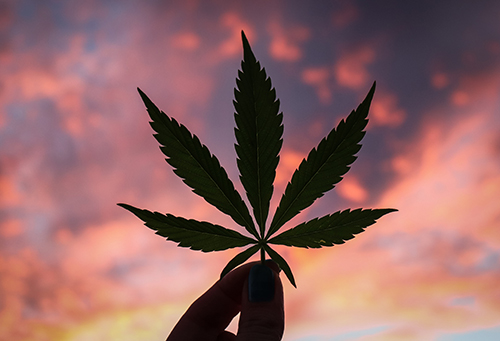 How did the Bay State get here? Let’s take a closer look at the timeline of cannabis history in Massachusetts and how it compares to federal policy.

The history of cannabis in Massachusetts is one of many firsts.

It was the first state to restrict access to marijuana in 1911. A century later, Massachusetts decriminalized cannabis, before legalizing its medical use. Then in 2016, it became the first state to legalize recreational cannabis on the East Coast.

How did the Bay State get here? Let’s take a closer look at the timeline of cannabis history in Massachusetts and how it compares to federal policy.

Here’s a summary of the key milestones in the cannabis history of Massachusetts:

Cannabis is fully legal in Massachusetts for both medical and recreational use, with cannabis lounges and home delivery recently becoming available. But it wasn’t always like this.

Below is a detailed timeline of just how far cannabis policy in Massachusetts has come and how it compares to the rest of the country.

191 - 1Massachusetts becomes the first state to restrict access to cannabis in 1911 (or 1914, according to some sources). The law requires people to have a doctor’s prescription to purchase marijuana from licensed pharmacists.

‍1970 - The Controlled Substances Act officially confirms that cannabis is illegal, adding it to the list of schedule 1 substances deemed too dangerous even for medical use. Cannabis remains on this schedule to this very day, alongside the likes of heroin, LSD, and ecstasy.1971President Nixon declares a “war on drugs,” increasing the funding and power of federal drug agencies and passing aggressive measures such as mandatory minimum sentences and no-knock warrants.

‍1972 - The Shafer National Commission on Marihuana and Drug Abuse appointed by Nixon finds that cannabis use poses no serious dangers. It calls for cannabis decriminalization, but the federal government ignores its findings.

‍November 4, 2008 - Massachusetts voters approve a ballot decriminalizing the possession of small amounts of marijuana. Getting caught with less than an ounce is now punishable with a $100 fine with no criminal record.

‍November 6, 2012 - Massachusetts voters approve the medical use of cannabis for serious health conditions, with 63% voting in favor. Patients can now apply for a medical marijuana card to access cannabis from state-regulated centers and in some cases grow it for themselves. They can possess up to a 60-day supply of cannabis.

‍November 8, 2016 - Massachusetts voters approve the legalization of recreational cannabis, with nearly 54% voting in favor. The government vows to set up a commission to regulate marijuana in a similar way to alcohol.

‍December 15, 2016 - Adults aged 21 and older are now allowed to possess and use small amounts of cannabis. You can have up to one ounce on you and up to 10 ounces at home.

‍
Adults can also grow up to six marijuana plants in their home, as long as they’re not visible to the outside, and can give cannabis away to others for free. However, smoking marijuana in public or while driving remains illegal.

‍December 30, 2016 - Massachusetts Governor Charlie Baker and state lawmakers vote to delay the recreational sales of cannabis while the legislature rewrites the law.

‍September 2017 - The Cannabis Control Commission (CCC) is set up to regulate the legal cannabis industry of the Bay State.April 2018Applications open up for retail cannabis store licenses.

‍November 2018 - The first retail cannabis stores open in Massachusetts to huge crowds, making it the first state on the East Coast to allow adults to buy cannabis for recreational use. The CCC also authorizes the first two independent testing laboratories to verify the safety and potency of products for the cannabis industry.

‍December 20, 2018 - The 2018 Farm Bill is enacted, which makes hemp (cannabis that contains 0.3% or less of THC, the main intoxicating component of the plant) federally legal. This legislation is also notable for legalizing hemp-derived CBD products.

‍September 2019 - The CCC votes in favor of allowing the social consumption of cannabis in specially licensed cafes and lounges. Governor Baker also bans the sale of cannabis and nicotine vapes in response to the national outbreak of vape-related lung injury.

‍December 12, 2019 - Vape products manufactured after December 12, 2019, are once again legal for sale as long as they undergo testing for heavy metals and vitamin E acetate.

‍November 3, 2020 - Retail cannabis sales in Massachusetts pass the $1 billion mark only two years after the first adult-use stores opened.November 30, 2020The CCC gives the final go-ahead to cannabis delivery in Massachusetts, allowing adults to have marijuana products delivered to their door.
‍

Cannabis in Massachusetts: Now and the Future

Cannabis has come a long way in Massachusetts and the rest of the country. In the early 20th century it was perceived as a dangerous drug. Today, the safety and medical benefits of cannabis are increasingly recognized, paving the way for innovative treatments of many chronic conditions.

Although some restrictions remain, such as not being able to use it in public, cannabis is fully legal in Massachusetts. There are dozens of medical dispensaries and adult-use stores in the state.

It’s also important to keep in mind that certain towns have decided to ban recreational cannabis stores or impose restrictions on cannabis delivery and social consumption. You can see the full list of these towns on the official CCC website.

As for the rest of the United States, if the recent wave of recreational cannabis legalization in New York, Virginia, and New Mexico is any indication, we’re slowly but surely moving towards federal legalization.